How soon is too soon to go on vacation again? We have only been back for a few weeks but I’m already missing Tahoe and Napa. We had such a good trip and it was so much fun running in a new city and having a few days away from home to relax and refresh! Here’s a recap of our trip!

Tahoe
We flew into Sacramento since we planned to split our trip into a few days in Tahoe and a few days in Napa. We also ended up getting decent flights/connections out of our airport so that was a major win right off the bat. Anytime we can avoid a 2-hour drive home after a flight we will absolutely vote for a layover. Worth it.

The drive from Sacramento to Tahoe was beautiful! We pulled over and snapped a few pics because it was so pretty! We stayed in Incline Village and it was the bluest water I have ever seen. The beaches were beautiful, the hiking was rough (Texans at altitude), and the views were STUNNING. We wrapped up the first day at a little place called Brewforia which was the perfect casual atmosphere with great food and a huge selection of craft beer. Winning.

One morning, we decided to head out for a 5-mile run. Thirty seconds in and I was cursing the idea to run on vacation. I was gasping for air with every single step and ready to get back closer to sea level as soon as possible. I tried to keep up with the guys but about 2 minutes in I assured them I would be fine and insisted they keep on without me. I trotted along at my happy little pace and crossed my fingers that I could survive the next 4+ miles. Turns out, it’s surprisingly easy to run past million dollar homes and beautiful beaches. I didn’t have an exact plan for my route but I will admit that when I hit 5 miles at the base of the ENORMOUS hill I had to ascend to get back, I wasn’t mad about it. I attempted to run the hill to put in a little extra effort but quickly decided walking was really nice too. Pace wise I was actually a little impressed that between the altitude, running in my “travel” running shoes, and eating and drinking all the things because #vacation I still managed to run okay splits for me. Called it a win and gave myself a fierce high five.

A few hours later we hiked the Flume Trail, up to the Mark Twain bench and I stopped to “tie my shoe”, AKA take gigantic resting breathers at least 200 times. We ate at Tunnel Creek Cafe at the base of the trail afterward, so it made all the huffing and puffing okay while I chowed down on a delicious hummus wrap. 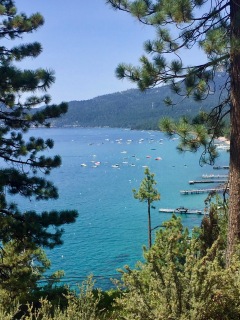 We played 9 holes of golf one morning and it was such a pretty course! Maybe I’m crazy but I think I played way better than I do here at home. Sure, I lost about 5 balls to a creek and sort of played my own scramble and sometimes just assumed I hit a hole-in-one (hey, it could happen!) The views were beautiful and I counted it as a cross training day…it took a lot of hard work to drink a beer and play golf on a Monday!

Napa
After a few days in Tahoe, we loaded up and headed back west to the land of wine. The drive in was beautiful and made us that much more excited to finally be there after wanting to visit for several years! We arrived at the most amazing B&B called the Inn on Randolph. We drove up and it was the cutest place in town. We stayed in a cottage that had an adorable private patio and the breakfasts were all gluten free and customized to your specific dietary needs (THANK YOU!!) Not only are you served the most delicious breakfast, but the presentation is perfect and the staff is so sweet and make you feel right at home! Bonus, they had an entire carafe of almond milk at the coffee bar. It’s the little things! 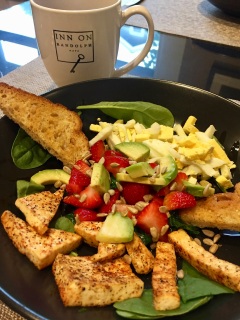 We arrived in Napa on a Tuesday and headed straight downtown after checking in. We didn’t have a plan for our first day – just wanted to wander and get a little lost. While I definitely think this is the best way to find the neatest places, cutest shops, delicious snacks etc., we realized quickly that there are quite a few places closed on Tuesday’s. Yikes. Fear not! There are PLENTY of tasting rooms and restaurants that are still open. We finally decided to try Azzurro Pizzeria (we’re carby people, I know) and kick off the second half of our trip with some wine and pasta. It was delicious and gave us some time to regroup and figure out what was open on Tuesdays! We headed over to the Oxbow Public Market (an absolute must) and I snacked on a few chocolates and just enjoyed taking in the sights. We decided it was time for a wine tasting, because #wheninnapa, and were pleasantly surprised to discover The Wine Thief just next door. They had wines from a few different vineyards so we had the chance to try a variety. I tasted one of the Kale brand wines, which means I basically drank a salad, right? Right. The Archer Hotel had a lovely rooftop bar for some pre-dinner drinks and beautiful views of downtown Napa. Side note…we actually had dinner twice one night. Whatever, you’re jealous. We really wanted a delicious cheese board so we went back to the Oxbow and it was the best decision we made the whole trip. Give me all the cheese.

We also did a group winery tour. You know the kind. Everyone is a little awkward at first. You’re all nervous sitting on the bus with people you have never met but you’re all so excited to go try wine. Fast forward 8 hours later and everyone is friends, we know everything there is to know about wine, and I made sure they all followed the blog! We visited 4 boutiquie wineries and when we learned there are over 500 wineries in Napa, we knew we’d have to come back. You know, for official research purposes. 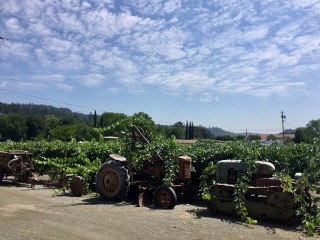 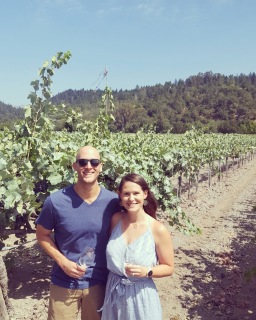 You’re probably wondering if I skipped running the rest of the trip..and the answer is yes. I hurt my toe. Probably from the hills. By Wednesday, I could barely walk. While I still got quite a few steps in around Napa, I did zero running. By Thursday, my toe felt a little better and we decided to go for a hike at Skyline Wilderness Park which was much less aggressive than the Flume Trail ascent but at the top of the trail we reached a lake, so that was neat! There was plenty of wildlife on the wilderness trail and sometimes a little too close for comfort – those lizards are gigantic and will just jump right out in front of you! I screamed at least 4 times on that hike. Thankfully we didn’t come across any mountain lions or hogs, that I could see anyway. 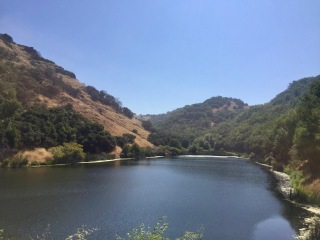 We finished out with a half day in Yountville (the cutest town ever!) where we had a fabulously colorful veggie sandwich at R+D Kitchen, did a wine tasting at Hope & Grace and promptly had to order a few bottles, and ate ALL THE DESSERTS at Bouchon Bakery before hitting the road back to Sacramento. We happened to take the long way and came across a peacock and then made a pit stop at Lake Berryessa. Not a bad drive at all! We can’t wait for another adventure to Tahoe and wine country. We had an absolute blast! I’ll just have to do some wine tastings at home til then. 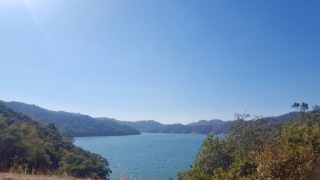 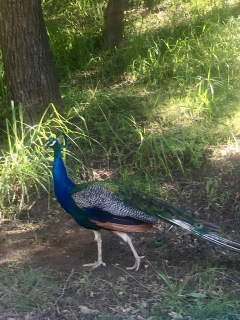 Thanks for stopping by!
Taryn

View all posts by Taryn MacIntyre